In late 2000 the ten-year statute of limitations expired on the 1990 small claims judgment of about $1,678.00 I won against my brother Ken “Pastor Max” Parks in New London, Connecticut (SC10-90-118511). Immediately after the ten-year statute of limitations expired in late 2000 for that 1990 judgment I won – and never collected – against my brother Ken “Pastor Max” Parks he began and has since continued every single day his extensive long term stalking against us, inciting others against us through his publicized online defamation campaign, threatening my husband and me, and publicly libeling us via the Internet and public record court filings. He has both slandered and libeled us to our neighbors, friends, and to our employers with sensationalist false statements in which he has accused me and our now-deceased mother of being “child abusers,” accuses my husband and me of being “anti-abortion domestic terrorists” and supporters of anti-abortion domestic terrorists, “perjurers,” and “wanted criminals”— outrageous false accusations which have never been true at any time or any place. For many years my husband and I joined my mother, my brother’s ex-wife, and some of his former friends in contacting multiple domestic and foreign web host companies to remove over two dozen defamatory and libelous websites that my brother Ken “Pastor Max” Parks published repeatedly and which were in violation of those web host companies’ terms of service agreements. Additionally we and other victims were able to have my brother Ken “Pastor Max” Parks removed from some social media sites, again because of his terms of service violations due to his alarming defamatory and libelous postings.

Prior to late 2000 I had no contact with my brother directly or indirectly, and I never sought to collect the small claims judgment amount against him because I wanted nothing more to do with him due to his physical violence against me and the physical violence others and I had witnessed him commit against his young children. I had collected only about $25.00 from my brother Ken “Pastor Max” Parks before he fled the state of Connecticut in early 1991 while he was under credible investigation for child abuse. Connecticut’s Department of Children and Families still has record of the child abuse complaints and investigation against my brother Ken “Pastor Max” Parks since they keep “forever” all “substantiated” investigations of child abuse.

I am not named in the Connecticut DCYS/DCF records of the “substantiated” child abuse investigation against my brother Ken “Pastor Max” Parks, even though I was one of the eyewitnesses who made complaint of my brother’s child abuse and neglect. Therefore, unless I obtain a subpoena, I do not have access to those records. However, I was able to obtain the following Georgia child advocate public records which give a glimpse into my brother Ken “Pastor Max” Parks’ negligent mistreatment of his children (the document has been edited to show the pertinent parts dealing with my brother’s mistreatment of his children and to protect the names of his adult children). As a result of this court action, my brother’s ex-wife received custody of their daughter, whereas the two older teenage sons remained with their father; however, the oldest son chose within the year of this court action to voluntarily move out of his father’s house and live with his mother, her husband and his younger sister. 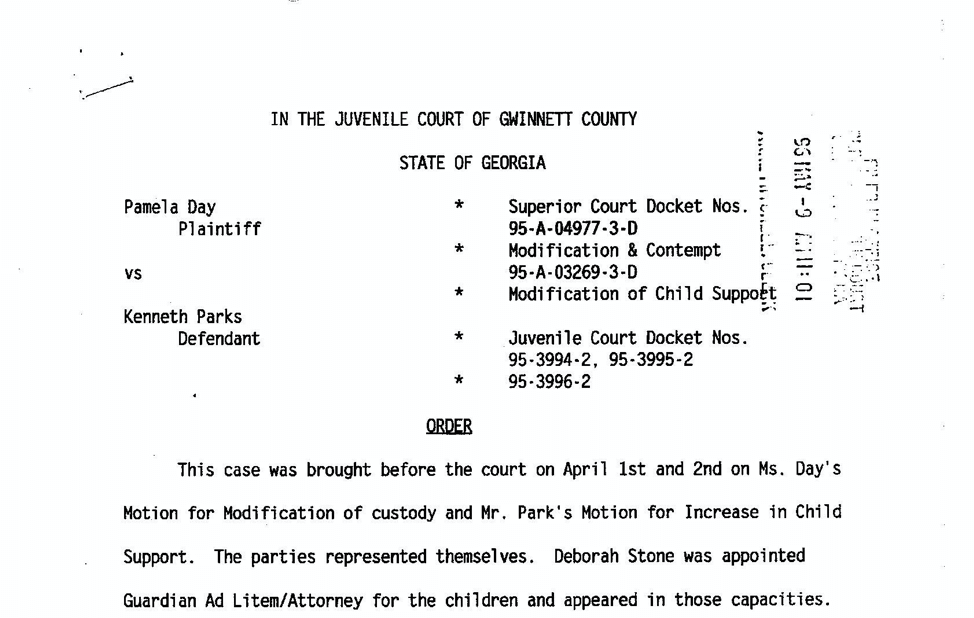 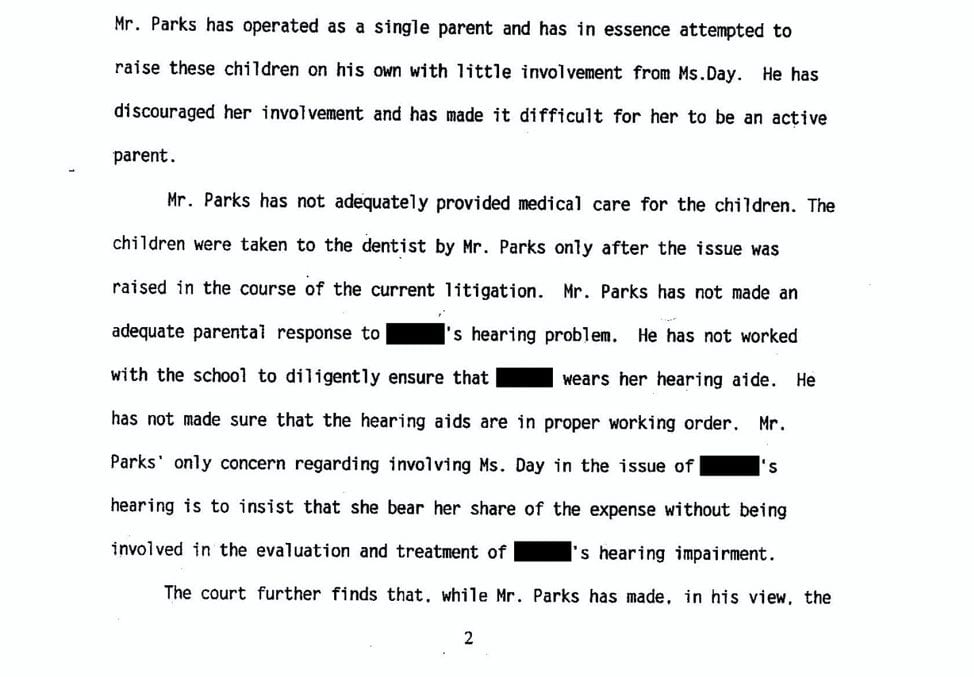 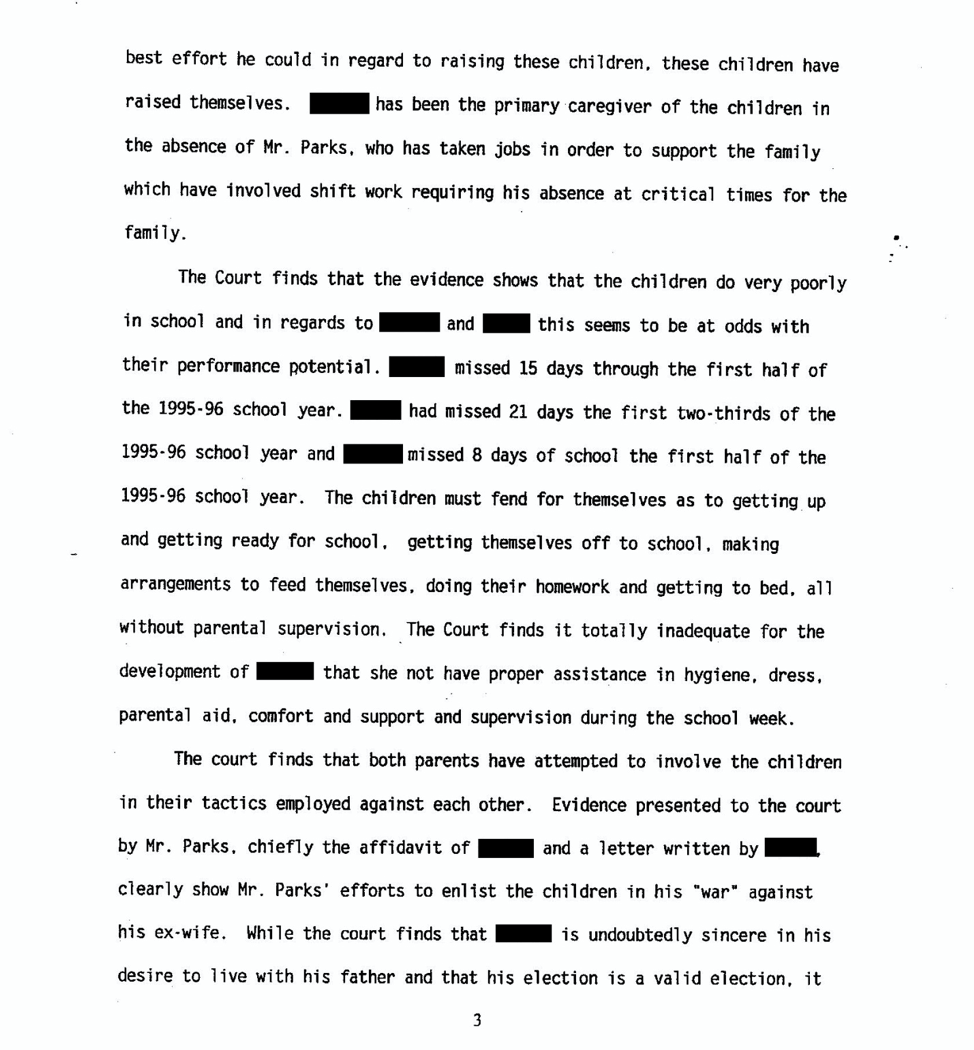 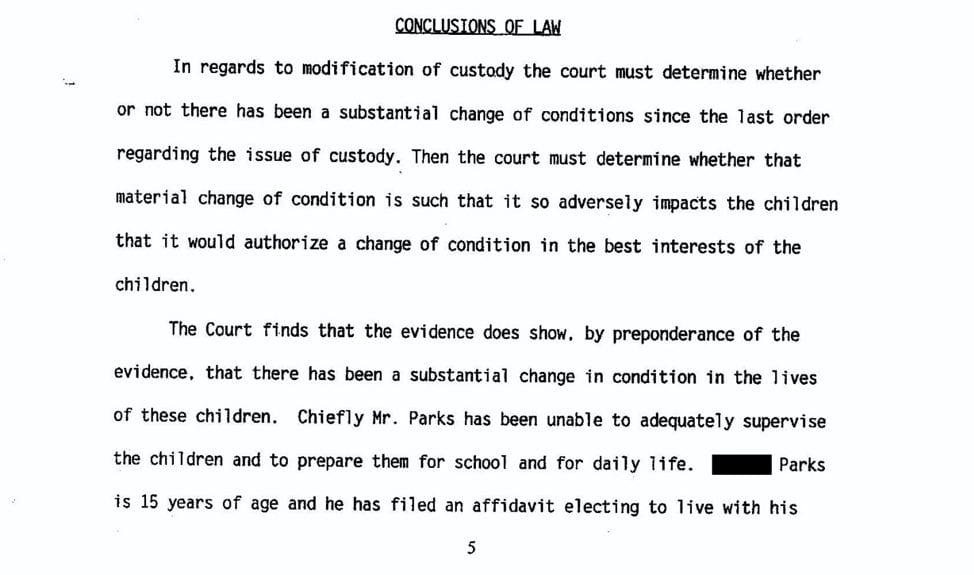 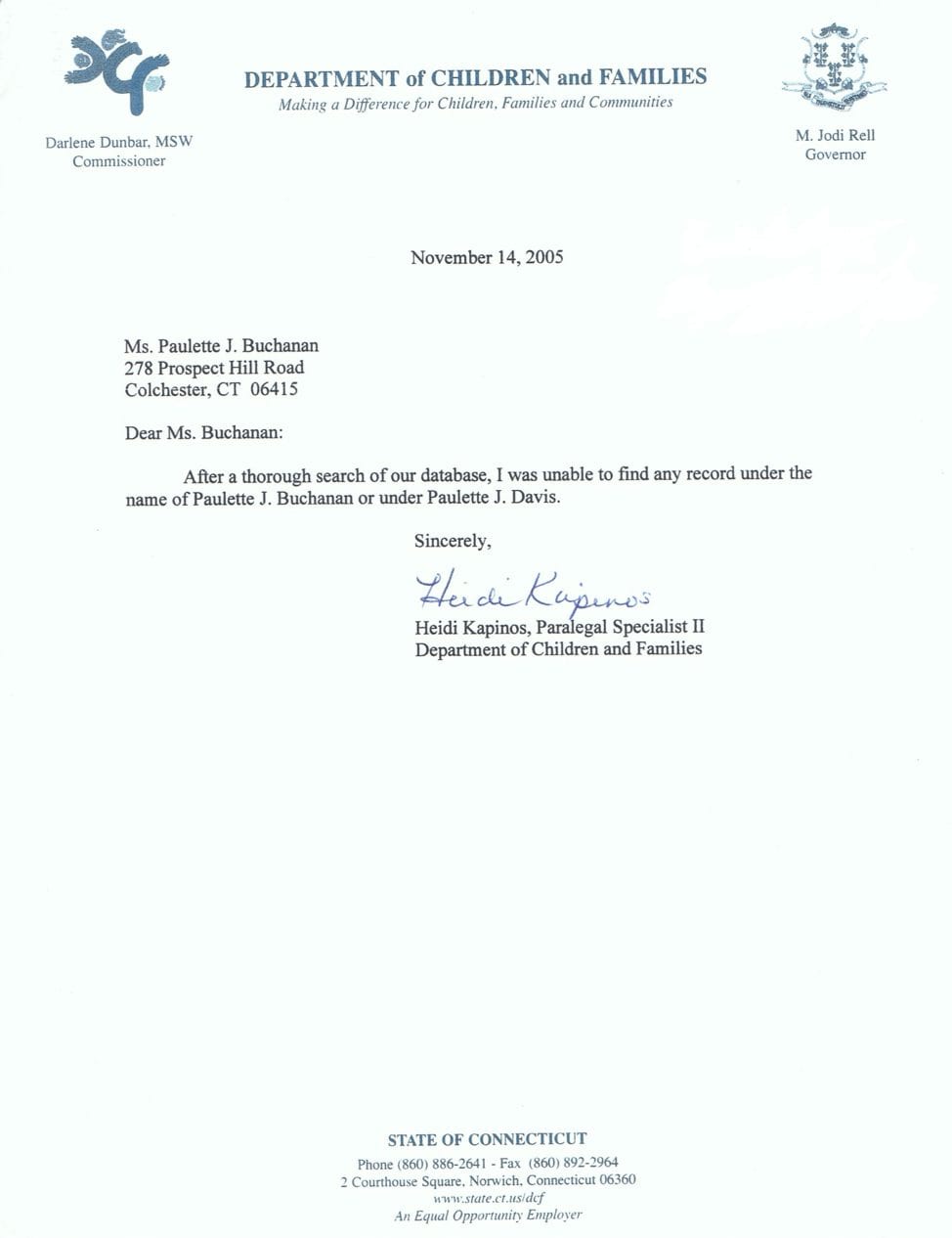