Our Efforts to Get Laws Enforced Against Ken “Pastor Max” Parks

Our Efforts to Get Laws Enforced Against Ken “Pastor Max” Parks

Shortly before my brother Ken “Pastor Max” Parks was notified of the Connecticut arrest warrant issued against him in 2004 for harassing me, my husband and I received in our mailbox the following letter from my brother, which he wrote on his birthday, while he was visiting his friend and fellow stalker in Italy, Bernardino “Dino” de Vincenzi (now deceased).  Note my brother Ken “Pastor Max” Parks’ apparent reference of “an additional $1,600.00 USD” to the 1990 small claims judgment amount of approximately $1,600 I won against him which he never repaid to me: 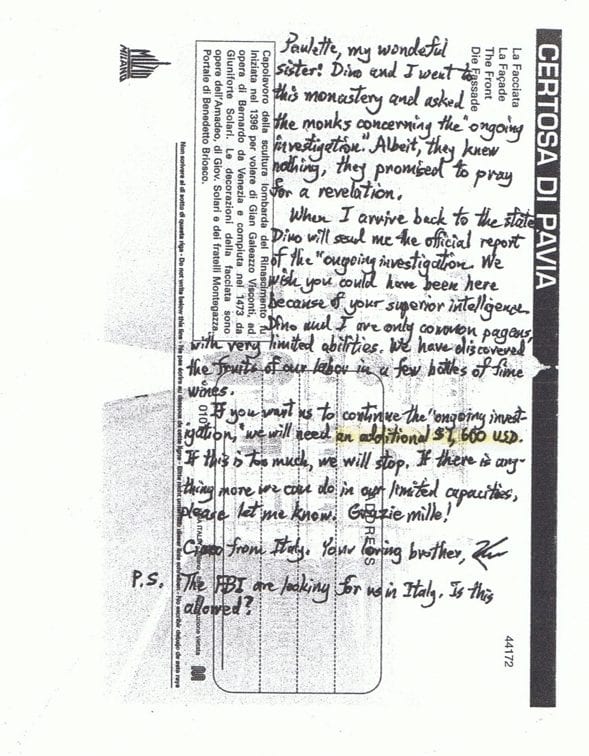 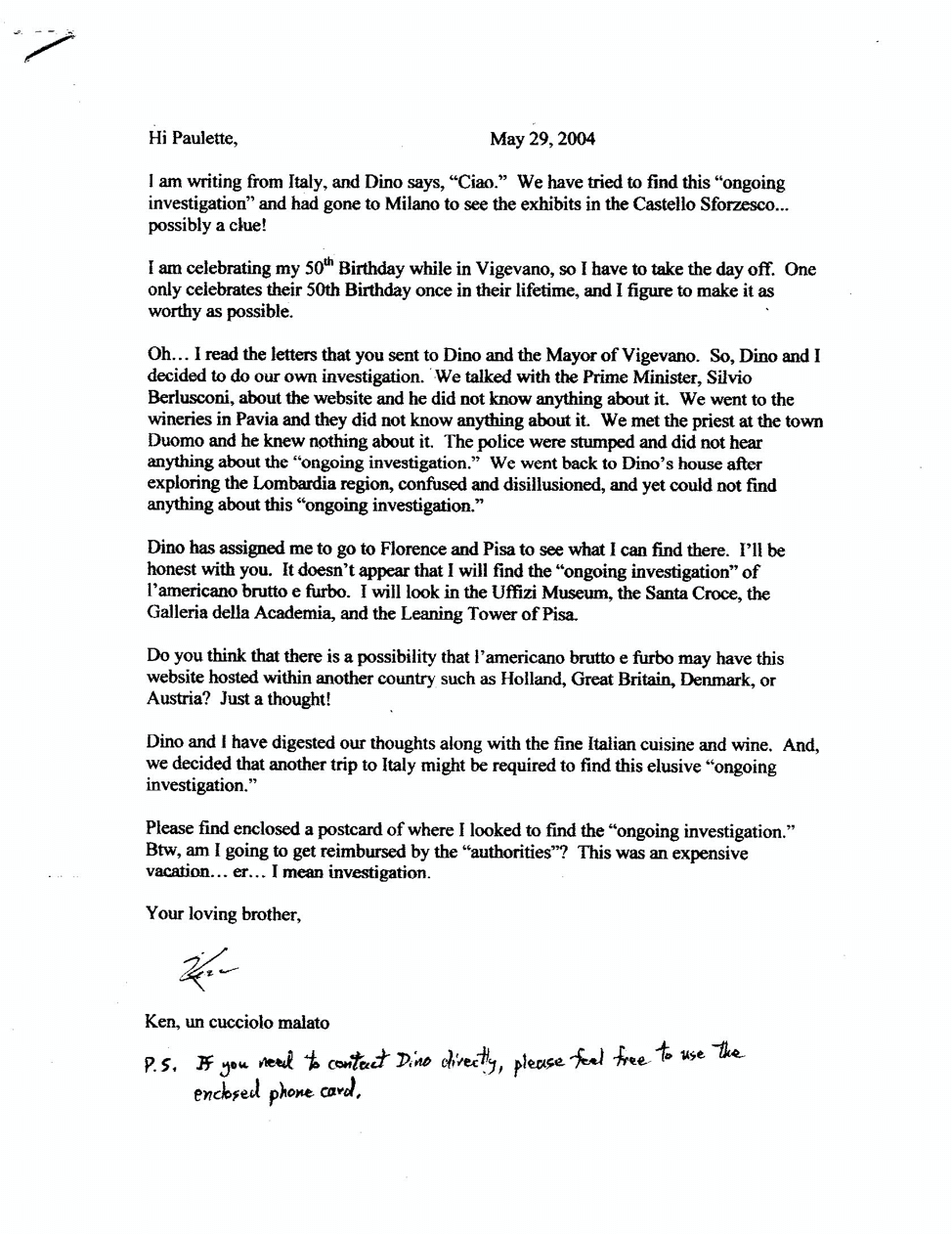 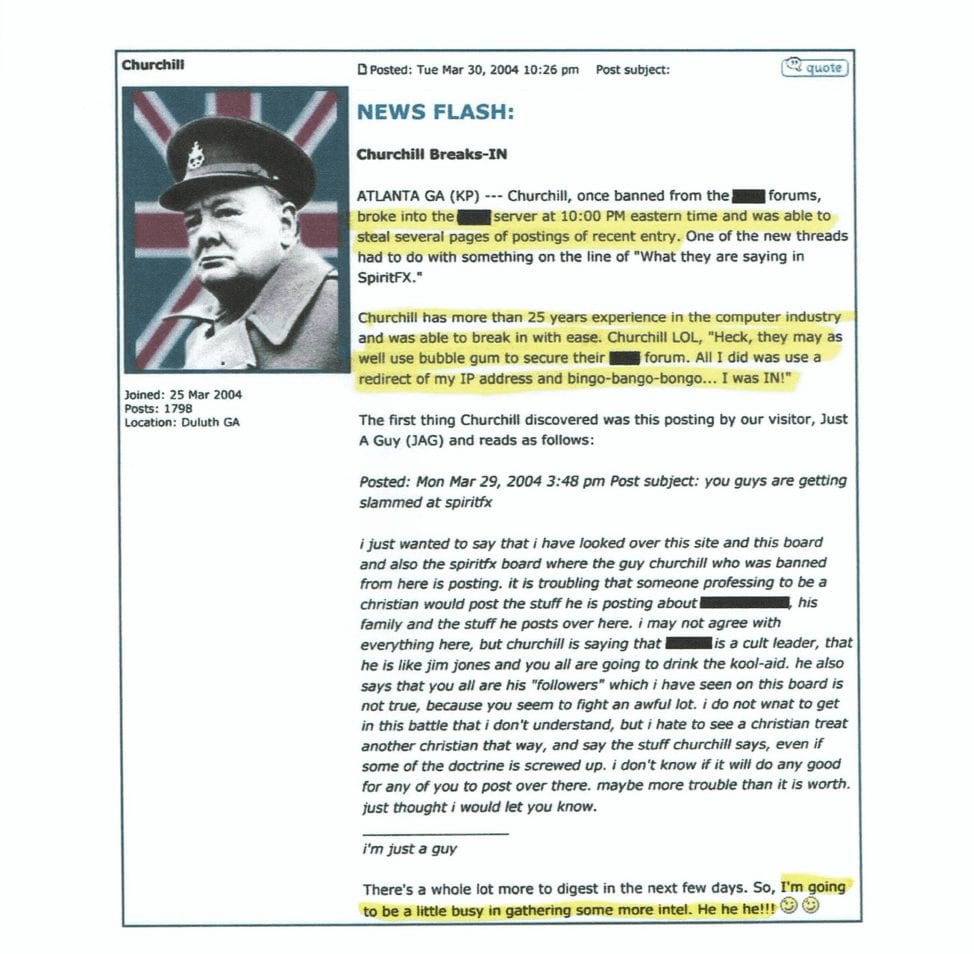 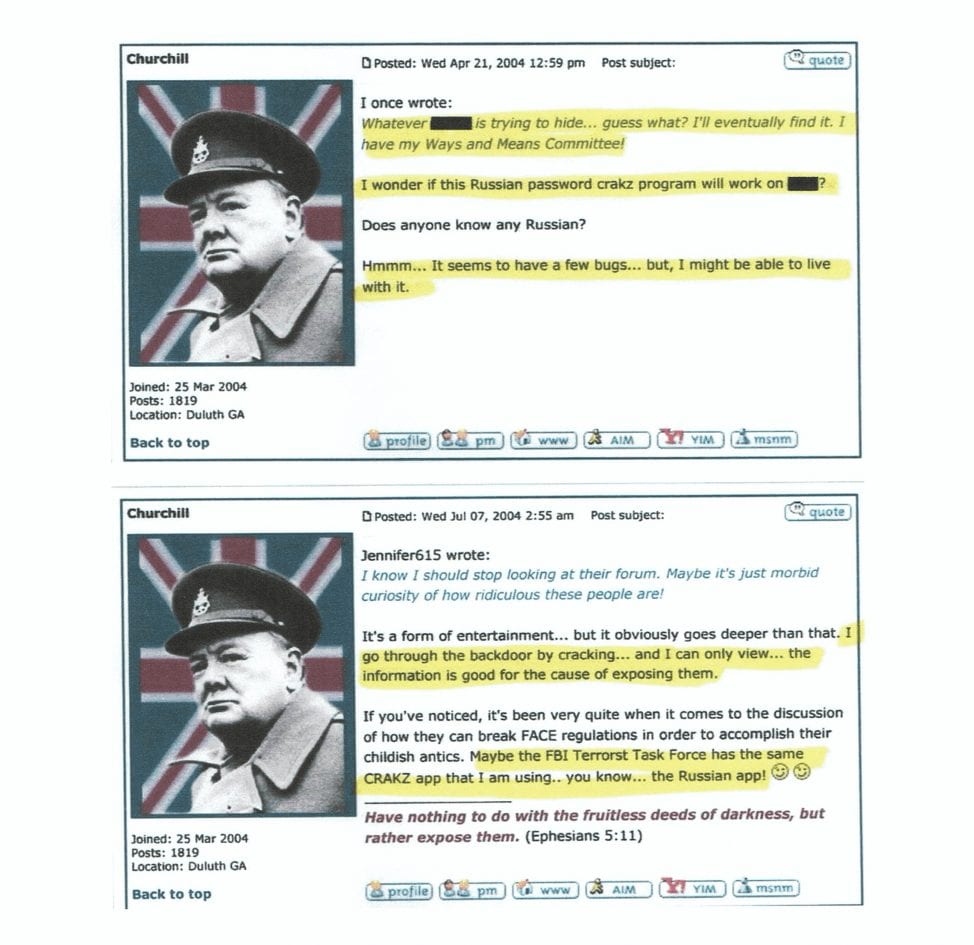 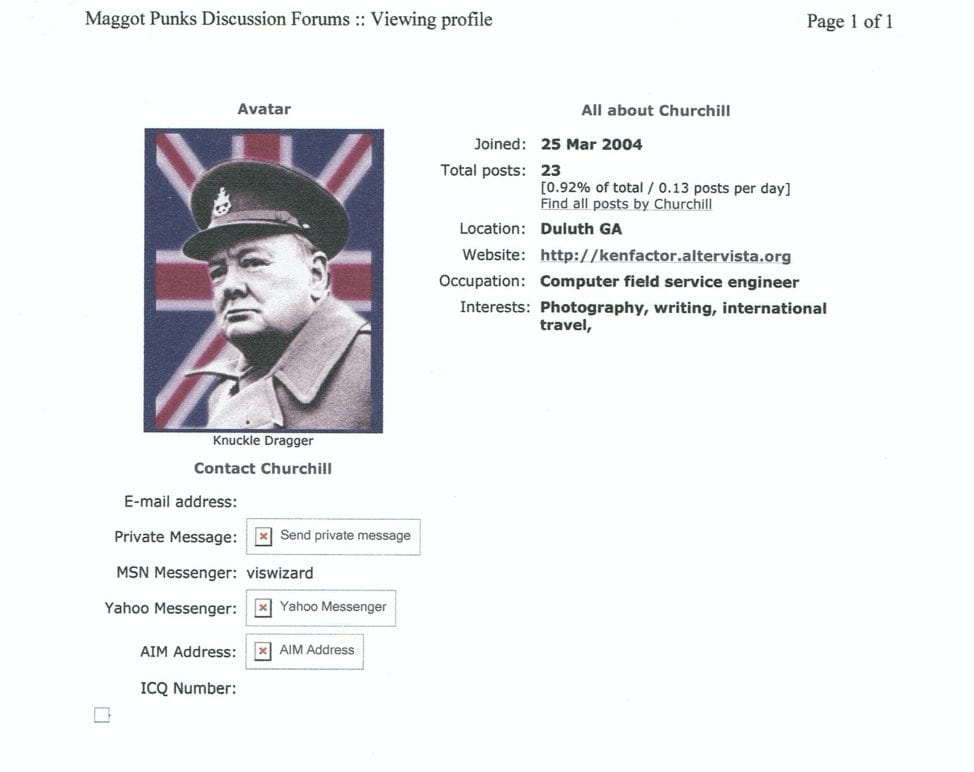 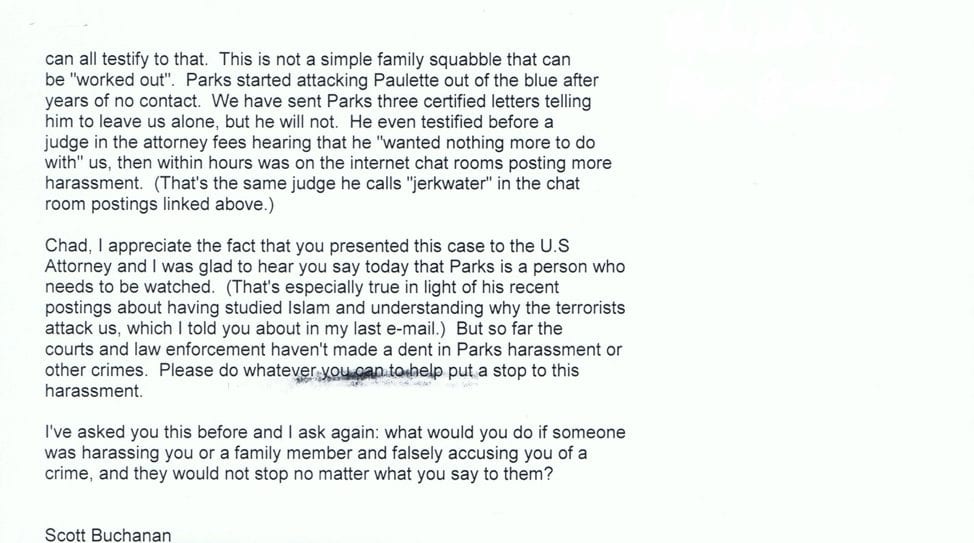 In summary, our experience trying to get the laws enforced on state and federal levels is no different than the experiences of most crime victims in our country. My brother Ken “Pastor Max” Parks has violated cyber crime laws as well as harassment, threatening and stalking laws, and he may also be involved in the crime of child pornography. State and federal officials have told us and other crime victims that they will not “put out the money” to investigate or arrest people like my brother Ken “Pastor Max” Parks because they claim they are “overwhelmed” with “bigger cases.” This reality sends a direct message to offenders: go ahead and commit as many crimes as you want to. It also sends a message to victims: we will not use your tax dollars to enforce the written laws and protect you.