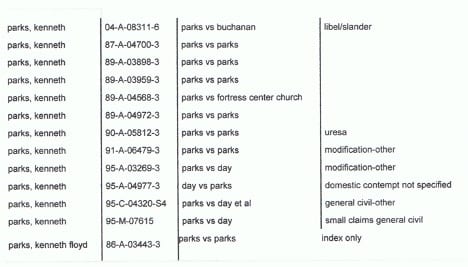 We reasonably suspect that my brother Ken “Pastor Max” Parks has filed pro se or threatened to file pro se other meritless, abusive lawsuits against other innocent victims, but as yet we do not have any concrete proof.