My brother Ken “Pastor Max” Parks has been very active on Facebook, Spreely, and possibly on other social media sites looking for people to “friend” and “follow” him and his unregistered “ministries” (ETC Ministries and Simplicity of Christ / SOC Ministries) and his “businesses”  (Weddings Thru the Lens, Fotos by Ken).  My brother Ken “Pastor Max” Parks has a long history of posting under various false identities to communicate with himself and to attack other people. He has at times tried to impersonate me on social media sites and in his own constructed websites.  He routinely engages in character assassinations of public figures and ordinary private citizens.   As a limited-purpose public figure – “ministries” leader, “pastor,” and “business” operator – Ken “Pastor Max” Parks publicly posts ad nauseum in what could easily be perceived as a trusted authoritative manner about various public interest issues regarding religious and political topics, apparently capitalizing off of common complaints against the worst practices of some churches, religious figures and religious organizations, and expressing political viewpoints all to gain attention, camaraderie, and exert influence over others.  Yet my husband and I believe the documentation against my brother Ken “Pastor Max” Parks demonstrates he has committed just as bad or worse actions upon others as the worst religious figures have committed against their victims.  We therefore believe it is reasonable to conclude that my brother Ken “Pastor Max” Parks has zero credibility to criticize any other religious frauds.  TO REPEAT: It is our reasonable opinion that my brother Ken “Pastor Max” Parks uses misrepresentations of himself as a “pastor,” a “ministries” leader, and as a “business” operator to defame private and public figures, and uses Bible verses and other religious jargon, as well as a range of topics, to apparently give the impression that he’s a reputable, trusted, “persecuted,” religious expert, and “business” operator – a limited-purpose public figure – so as to lure people into trusting him, giving him sympathy, and most likely giving him financial support/donations.

I very clearly remember in the 1970s and 1980s my brother Ken “Pastor Max” Parks deriding Christians and other religious people as “stupid” and easy to deceive.  I also very distinctly remember my brother repeatedly proclaiming that he was going to become “rich, famous, and feared.”

A small incident took place this afternoon… they had a party in the road way… I hit the horn… and as I passed by, one of the ass-clowns hit my car with his fist… I slammed on the brakes… and a small confrontation took place as they lied about walking across. The video doesn’t show that but quite the contrary! 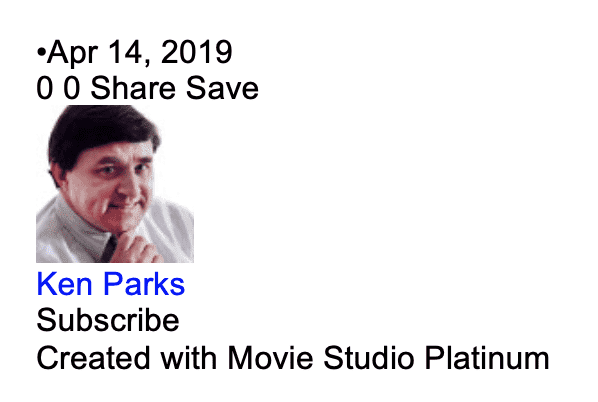