Since the early 2000s my brother Ken “Pastor Max” Parks has claimed to be the leader of his unregistered “ETC Ministries” that he’s advertised and promoted on the Internet.  He’s registered on Facebook and Spreely; he’s most likely on other social media sites as well.

Since 2000 my brother Ken “Pastor Max” Parks has used multiple social media sites to libel and defame me, Paulette Buchanan, and my husband Scott Buchanan, accusing us of crimes we’ve never committed.  Since about 2019 he has claimed we’re members of a cult, which is ridiculously untrue.  In 2021, after we won judgments, injunctions, and other court orders against him, my brother Ken “Pastor Max” Parks began claiming that my husband and I are being sued, and that we’re committing insurance fraud.  No, we’re not being sued by anyone, and no, we’ve never committed insurance fraud, or any other crime.  These are the typical, unending lies that my brother Ken “Pastor Max” Parks has ceaselessly spewed all over the Internet against us and many others since 2000.

Since about 2015 he’s claimed to have a second “Ministry” (also unregistered) that he calls “Simplicity of Christ Ministries” (or “SOC Ministries”).  Since about 2017 (to the best of our knowledge) he’s claimed to be a “Stephen Minister.”  Stephen Ministries, based in St. Louis, Missouri, does not require any kind of criminal background search nor do they require any kind of personal references when it comes to granting certificates naming anyone as a Stephen Minister.  In other words, convicted rapists or convicted child molesters can easily become “Stephen Ministers.”  So there is no validity whatsoever to anyone getting a Stephen Ministries certificate or referring to him or herself as a Stephen Minister.  What is most disturbing is that, as the photo from my brother Ken “Pastor Max” Parks’ Facebook page depicts, he refers to himself as “Max Parks.”  If any “church” or other organization claiming to grant Stephen Ministries certificates did due diligence and conducted a criminal and civil background check, there are no records (to the best of our knowledge) under “Max Parks,” but a thorough background check under my brother’s real name — Kenneth Floyd Parks — would uncover criminal records/police complaints and civil judgments against him. (See police records here.) 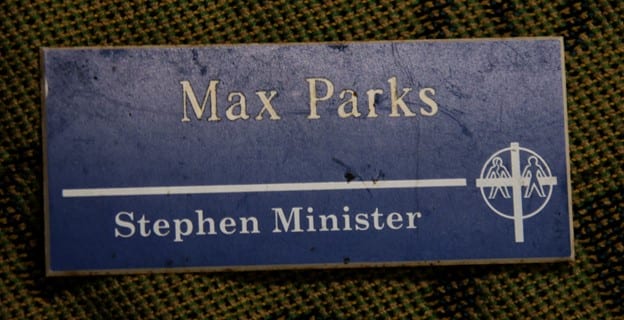 To the best of our knowledge, my brother Ken “Pastor Max” Parks has been calling himself “Max” since the early 2000s and he began calling himself “Pastor Max” in late 2017, claiming he was “officially ordained” at that point in time by “Pastor Joey” who at that time ran an unregistered “church” in the basement of his house.  Ken “Pastor Max” Parks’ own wife, Joni Parks, swore under oath in her February 22, 2019 court deposition that his “ordination” was a “joke.” 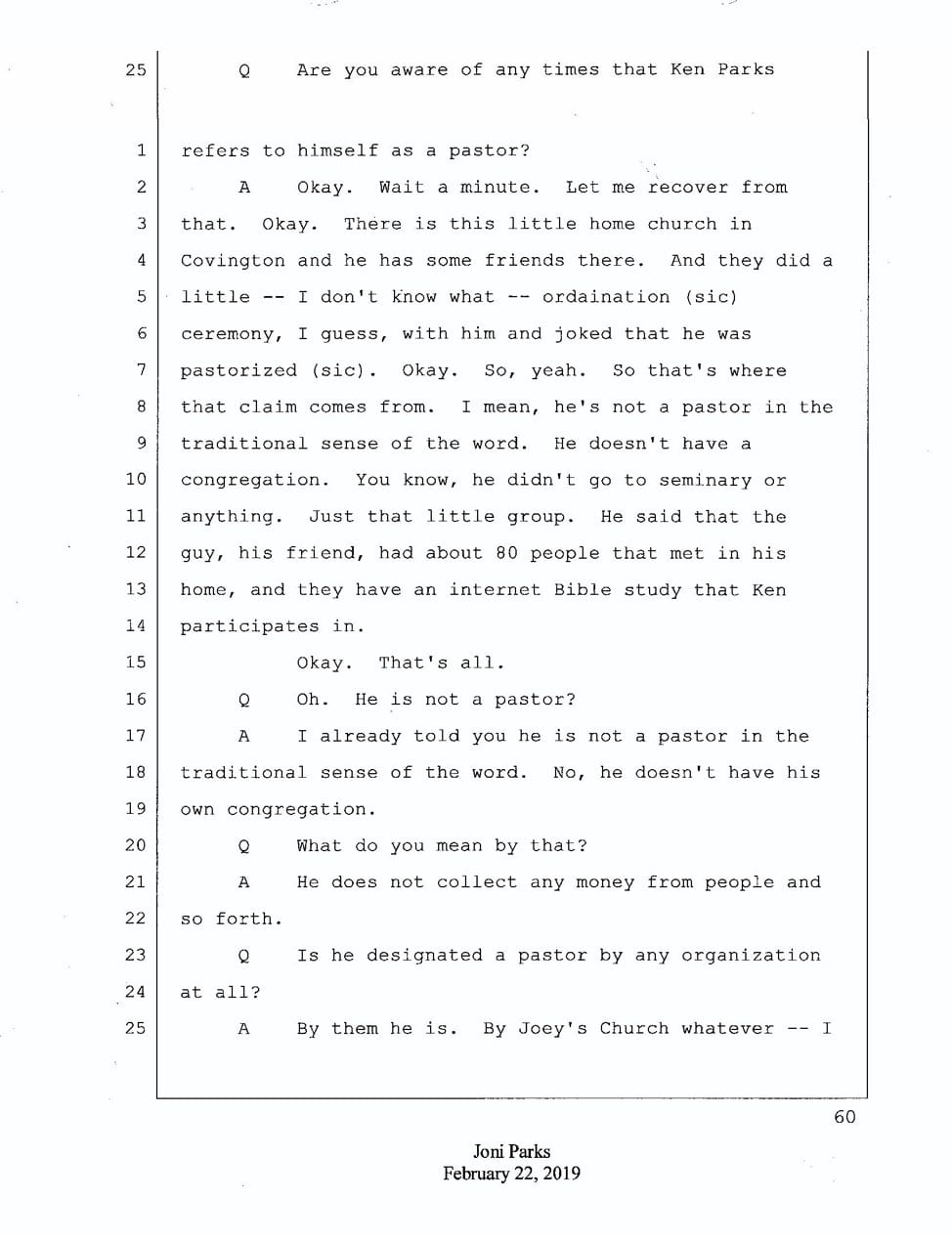 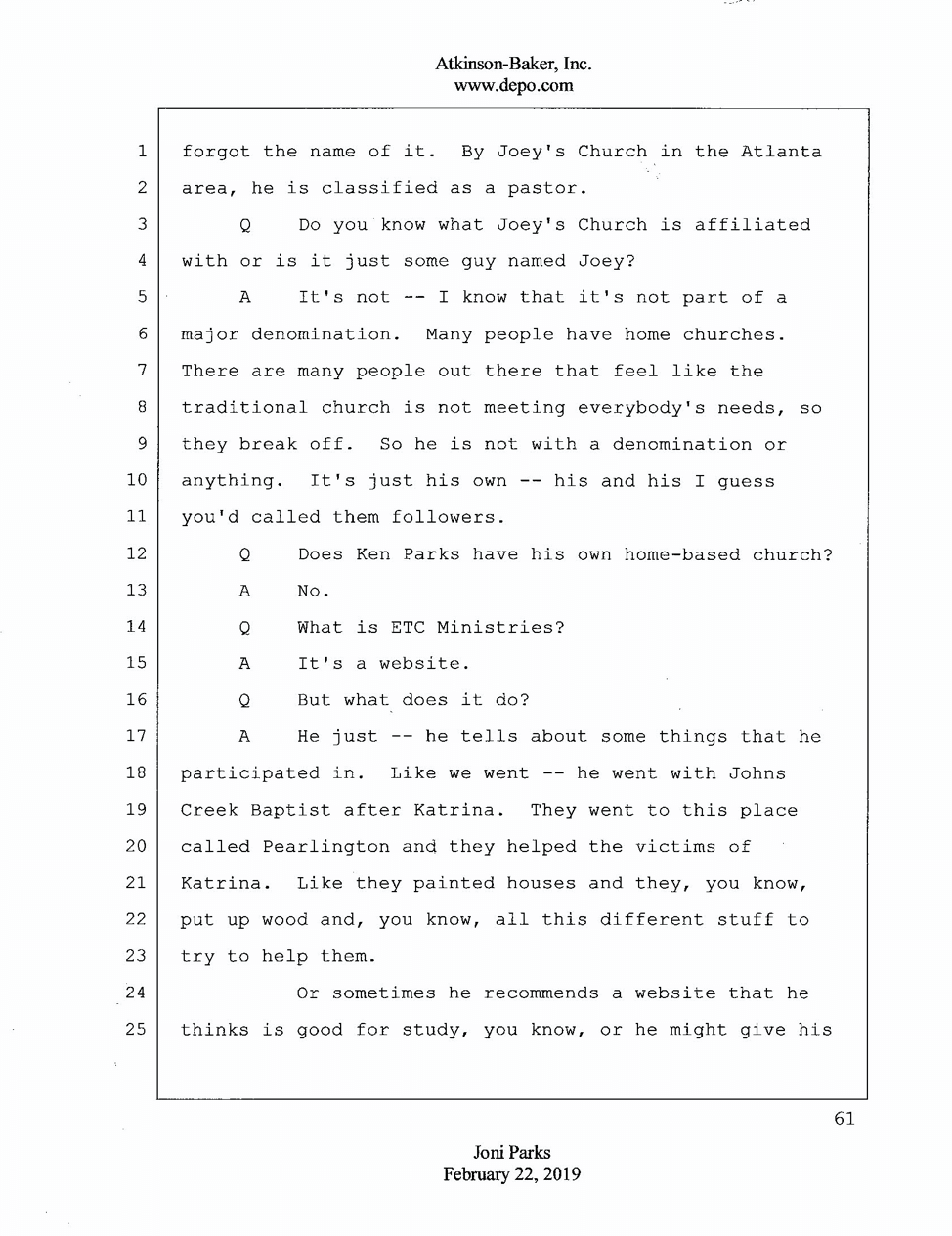 It is better to dwell in the wilderness, than with a contentious and an angry woman.

For the young man: Being single is bad, and you may be frustrated and lonely, but marrying an odious woman is worse. Save yourself! Marrying a difficult woman can give you more grief than you can imagine. Do not get near a woman that likes to debate or has a temper.

It’s a hard pill to swallow, and the Bible makes no mistake about this issue.
Shortly thereafter in 2019 my brother Ken “Pastor Max” Parks made similar comments about marriage:

The full soul loatheth an honeycomb; but to the hungry soul every bitter thing is sweet. (Proverbs 27:7)

Some states’ laws require that no one can claim they are an ordained pastor unless they receive that ordination from a registered 501(c)3 religious organization/denomination and register with the state.  In other states people can self-ordain and quite literally “ordain” their dog, cat, or canary.  My husband and I believe that as with any other profession that seeks public trust and offers important personal and public services, such as clergy offer in personal counseling and officiating at weddings and funerals, that valid training from an accredited university/seminary which includes ongoing professional certification and accountability needs to be required by law in all states and U.S. territories for anyone using a religious leader title such as pastor, reverend, rabbi, imam, etc.  U.S. military chaplains are required to have degrees from accredited universities/seminaries and undergo extensive background checks with required references.  If that’s good enough for our military then every state should make that a required law for the protection of the general public.  All the more is such a clergy authentication law needed since sexual abuse and other forms of emotional, spiritual, physical and financial abuse committed by religious leaders continue to make headlines and be dealt with in criminal and civil procedures.